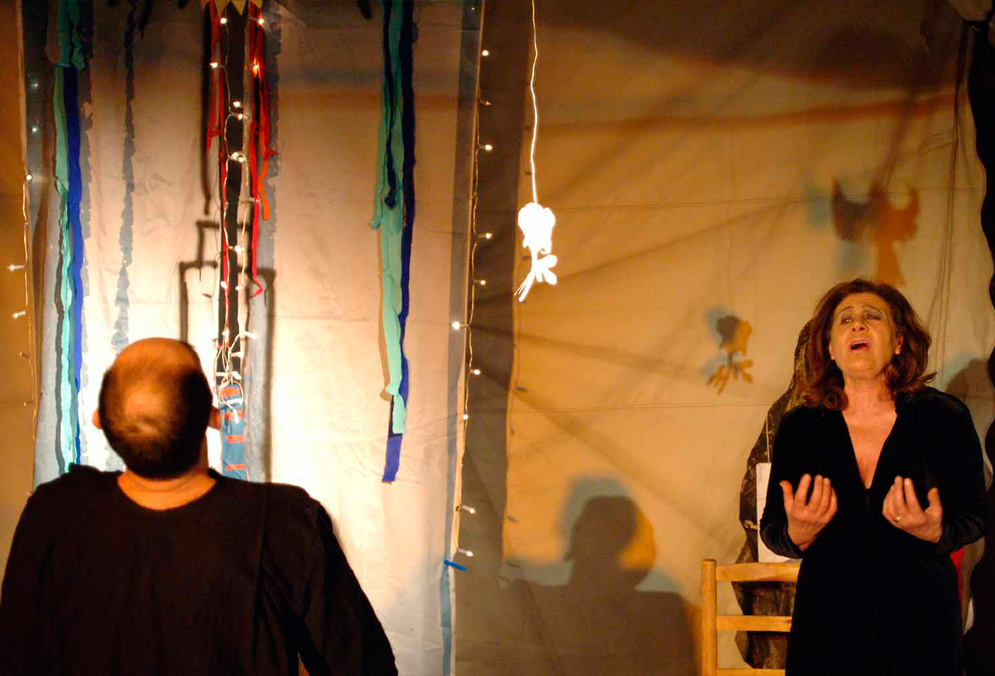 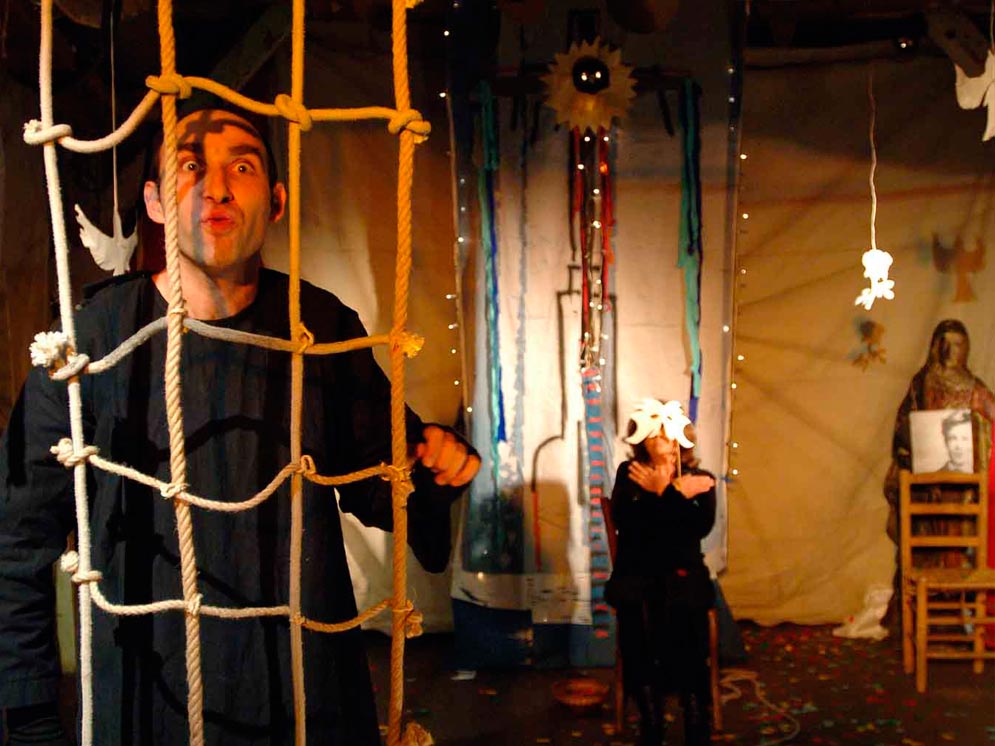 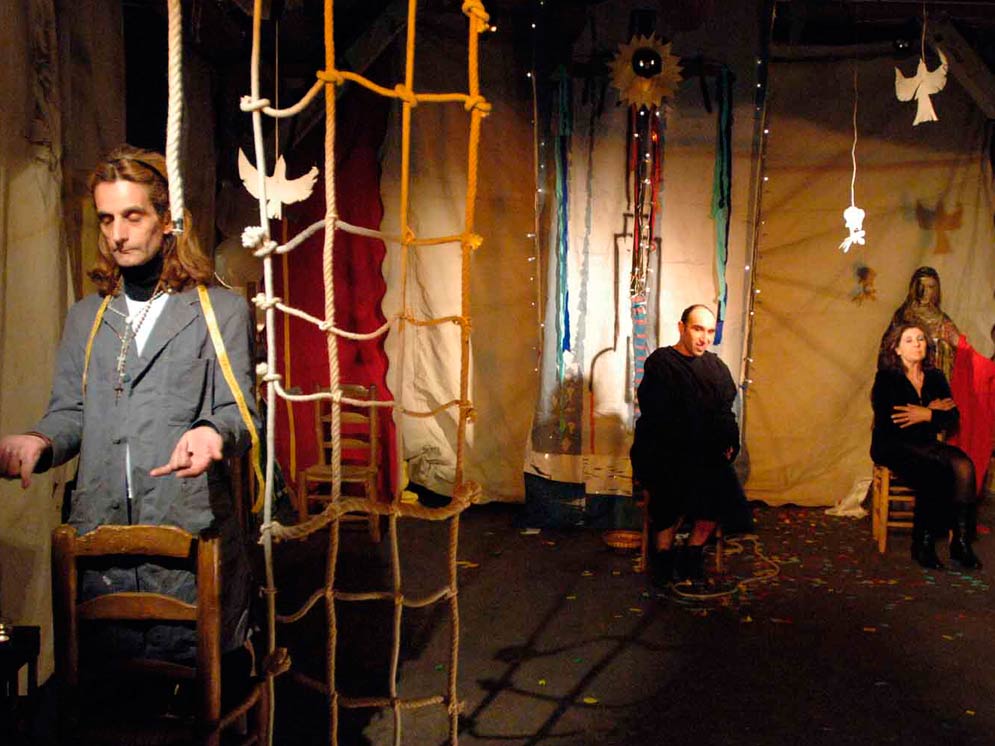 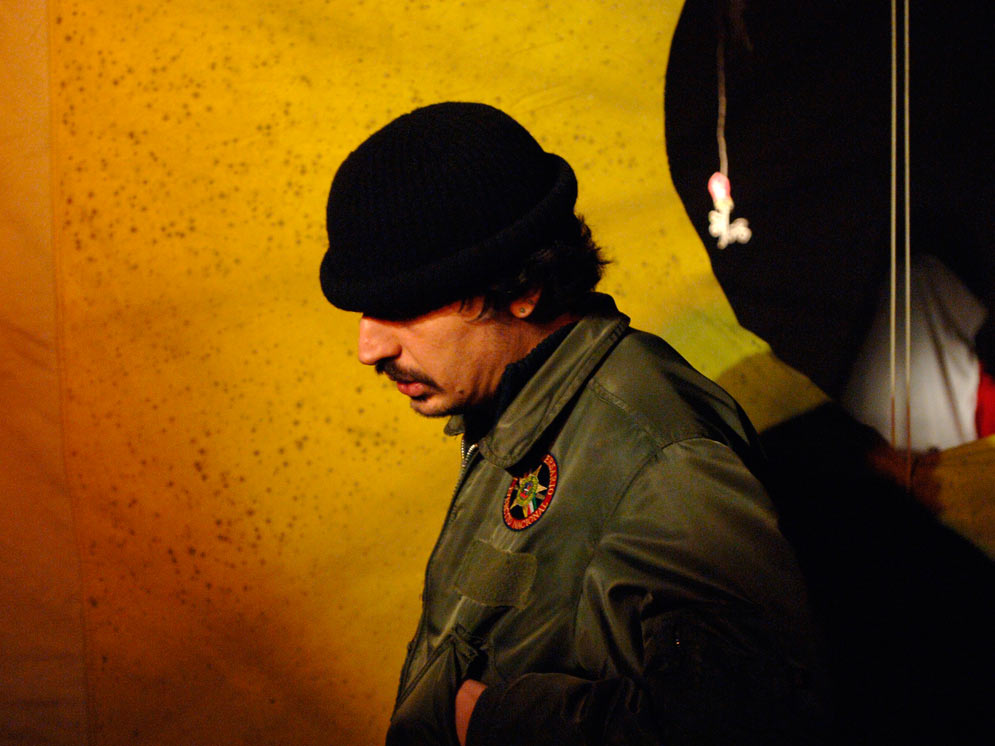 Rimbaud, tireless traveller of the soul–myth, of the soul–storm, incarnates alone the definition of ‘God–Adolescent’, the poet in constant movement where no half measures are used, whose work conveys the physical sense of pleasure through the power of figurative images and extraordinary musicality of the language. Enzo Moscatoplays tribute to Arthur Rimbaud with ‘Aquarium Ardent’, adapted from “Un coeur sous une soutane”, this work was written when the french poet was very young and it’s the only autobiographical trace that remains of his early years as a student in a college run by priests, and where he becomes the alchemist of passions. Breaking away from society like an outlaw saint, Rimbaud wonderfully embodies the theme of escape and evasion. His language is compact and explosive with flash effects, like every man, he kills what he loves; thus becoming the first myth of modernity, locked in oneself “Aquarium Ardent”.