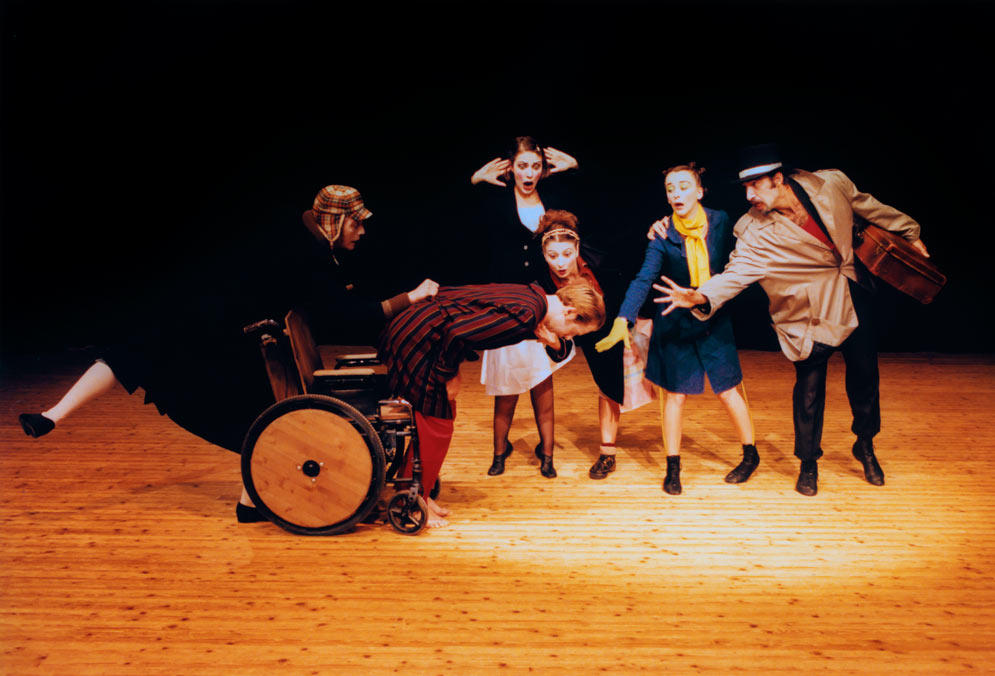 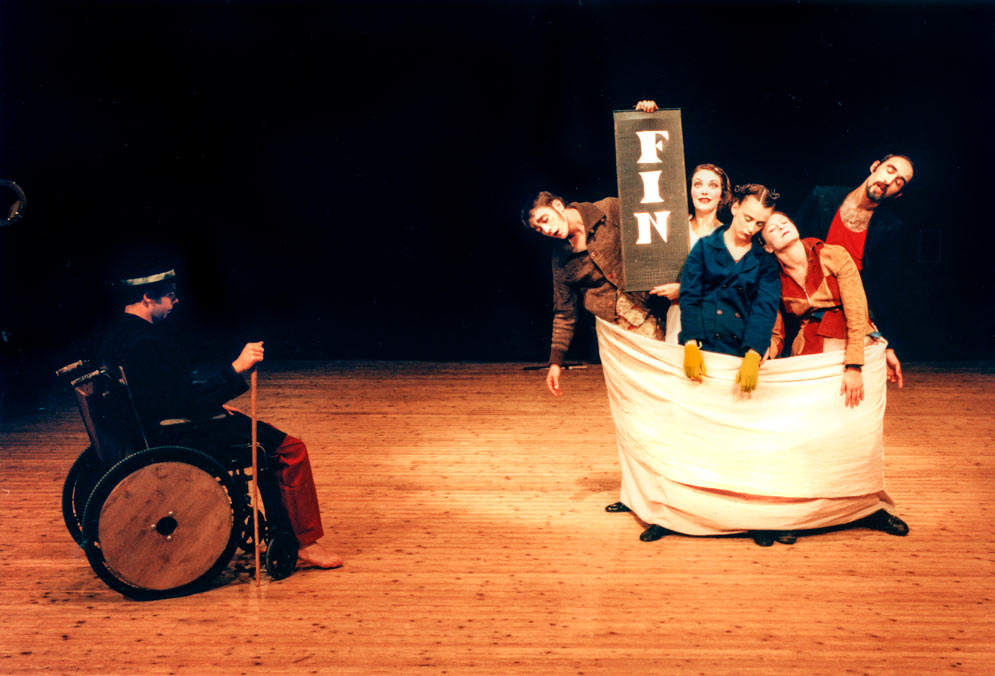 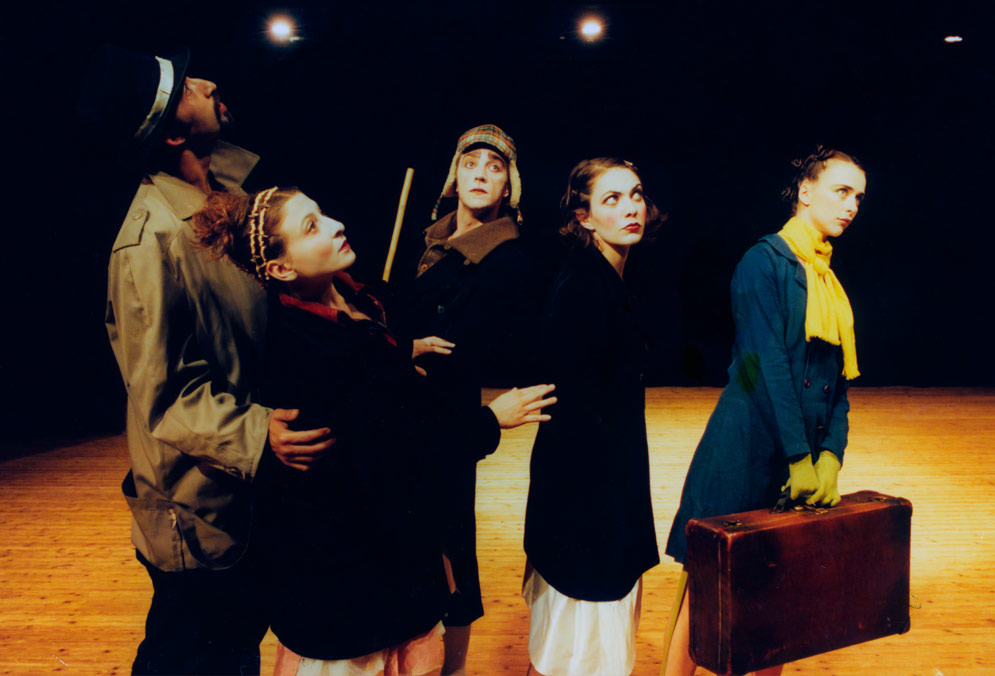 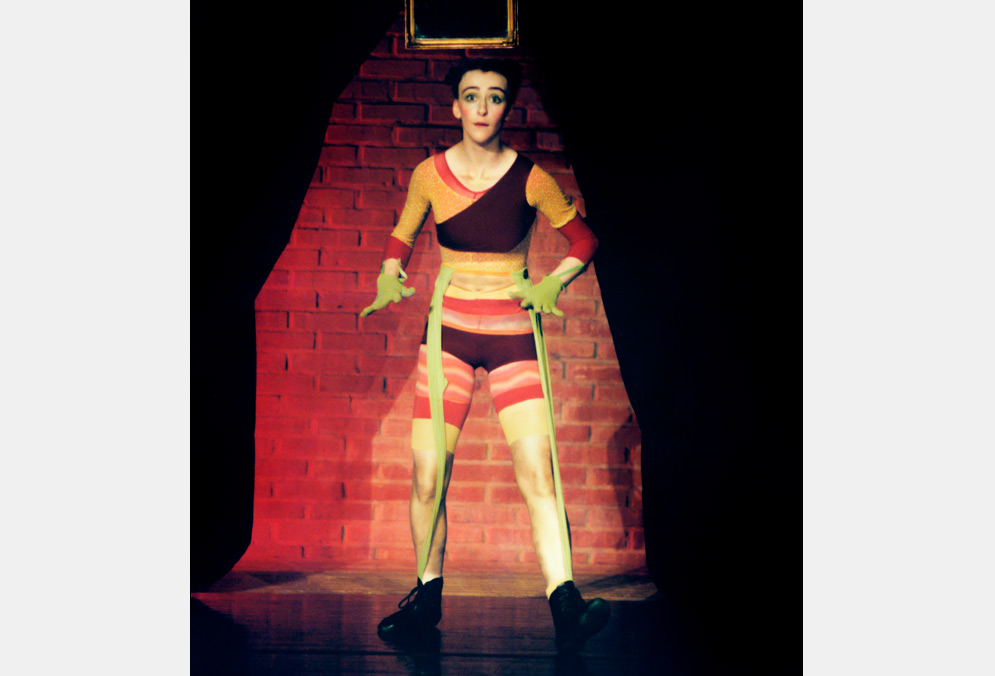 Giovanni is a dreamer, visionary surrounded by his family and friends but he is dumb and confined to a wheelchair. He lives in a state of melancholy between dreams and reality, recalling blurred images of his past. A theatrical troupe happily interrupts his silence and incarnates dreams and desires to the patient, so as to allow him to recreate a clear and peaceful memory.

“Sometimes i see men in skirts, women with mustaches and children disguised as heroes, they walk, they stop, where are they going? It is not known, searching for something, someone, like coffee thinkers. Everybody knows everything, everything knows everybody. Let’s set off, let’s smell everything. Drink coloured dew, eat and arise with new families, new stories. Limping ants, slowly march across moons and suns as they roll over ideas, knocking on the door someone, something, a face made of rope and eyes of canvas, they catch you, they caress you, in the dark, full of memories and portraits, forgotten by everything and everyone.”