My language starts from the body, a means expressed through gesture, thoughts and emotions a collective consciousness, theatrical and contemporary. 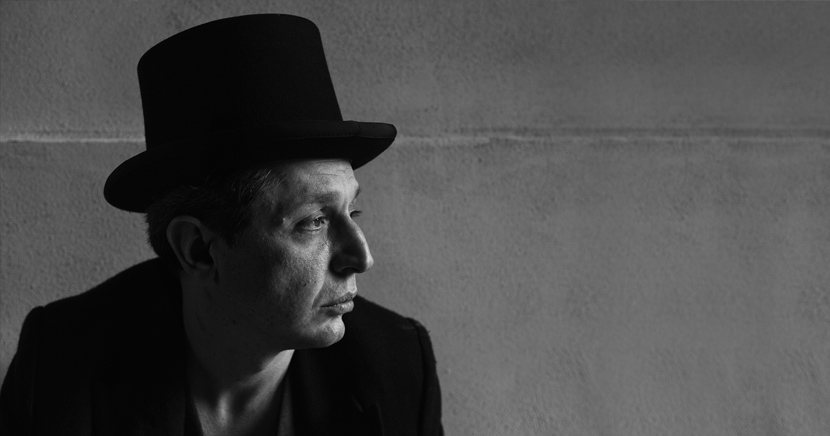 1997-2016 Raimondi made his first debut as director with “Les Couleurs Du Voyage” which won the prize for best play in 1996 at the International Festival Of Mime And Mono Drama at Zemum (Serbia).“Le Carneval De Giovanni” in 1997, is Raimondi’s second important work as director, followed by “Aquarium Ardent” in 2006, where he confronts himself with the dramaturgy of Enzo Moscato, and Arthur Rimbaud, giving the leading role and voice to Guerassim Dichliev, resulting in a detailed analysis and awareness of scenic studies. His latest productions are “PROVE” (rewind)” winner of The Girulà award in 2008 for the best dramaturgy in Naples (Italy) and “Monologue Avec Valise” winner of the award Physical Theater for the best play at Skopie (Macedonia)in 2009 and award for the best International play at Cordoba (Argentina) 2015, Raimondi presented in Italy at the Fringe Festival Naples in 2010 , both plays that dealt with the subject of immigration and nomadism. Founder and Artistic Director of the Salto Theatre Company 1996-2006 Raimondi also collaborated as an actor with the “Nouvelle Compagnie Marcel Marceau” in the play “Le Chapeau Melon” 1997-2000 Director Marcel Marceau and Lackaal Duckric Theater Company for “EGO CENTER” Director Francoise Bouvard 2006-2008. RAIMONDI performed as an actor for the production of Laurent Abecassis, Mathias Ledoux, Noemie Lvosky and Jacques Rivette.

"A laboratory that works on body language is an instrument, a mean to express oneself through the use of a play, dance and mime. So as to be aware of and to recognise the clown that dwells within us."Costantino Raimondi

Since 1996 Costantino Raimondi has directed various theatrical laboratories in France, Italy and Bulagaria. He is also involved in many theatrical activities like coaching and corporeal body techniques. “Using body – language , one has the possibility to explore universal languages, applying the techniques of Etienne Decroux, Marcel Marceau and the scene scripts of Antonin Artaud. Work that is based on listening a fundamental element for the start of a “laboratory” where through the awakening of the body, work on the voice and improvisation, poetic forms are constantly created. ‘Make The Visible Invisible’(Marcel Marceau) is to act socially in order that languages reach their theatrical goal, giving the students who follow the courses the possibility to express universal emotions inspired even by everyday life. A laboratory that works on body language is an instrument, a means to express oneself through the use of a play, dance and mime. So as to be aware of and to recognise the clown that dwells within us.”

My language starts from the body, a means expressed through gesture, thoughts and emotions a collective consciousness, theatrical and contemporary. The aim is to recuperate lyrical resonance through silence so as to give voice weight and depth to the interpreter. It is a theatre of mask and flesh, pragmatic but not psychological. Oblique movements, murmurs and sweat. The shows are interwined and work on actions of will and desire, not to leave or to stay between dreams and reality. A journey together with Guerassim Dichliev Pascale Kouba, Berenice Galimard, Sergio Longobardi, Tata Barbalato, Fabrizio Comparone, Antonio Farina, Oscar Valsecchi and Juana Lacorazza with whom I have worked for more than 20 years, years of artistic partage, a cultural journey and spiritual awareness of mine and their souls.

OBJECTIVES: - Technique(Etienne Decroux and Marcel Marceau) - Develop the ability of narrative mimicry and body language to help the actor become more aware of his self. Subject and case of their own interior creative worlds. - Study on how to be in total command of one’s body, instrument and priviledged channel of communication and artistic expression. - Form study groups, avoiding the level structure and focalizing on the modality of – work in progress. - Create and search for a new artistic language that goes beyond the concept of mime and aims at the idea of being the actor of one’s own body and gestural interpretation. SUBJECTS: Study techniques (Marceau e Decroux) Study Isolation Training Improvisation Creative course applied to mime dance - expressive Concentration and relaxation techniques Visualization techniques